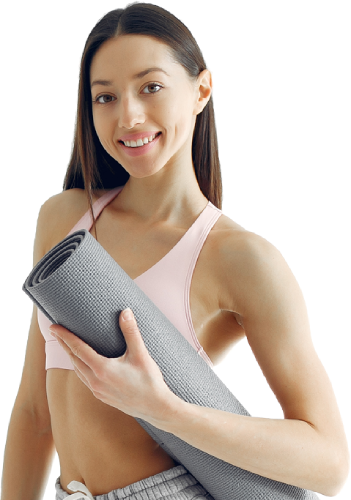 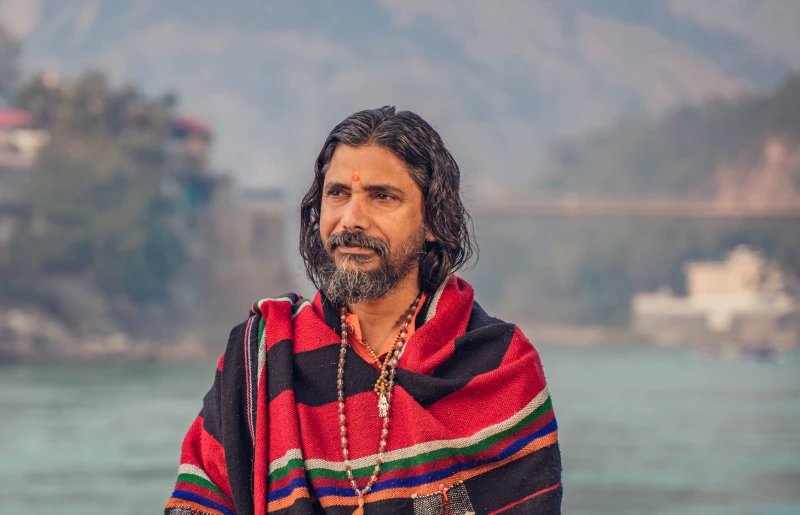 Indian born Yogi Vishnu is the founder of Living Yoga School. He has devoted his life to spread yoga to all over the world. His yogic journey started when he was 12 years old with his decision of leaving his family and shifting to an ashram to pursue the yogic path. Back to those times, at Jharsuguda Muni Samaj Yoga Ashram he meet his first Yoga Master, Narayan Muni Ji. With the support of his Master, he took his first steps into the Himalayan Yoga Tradition. In 1988, he meet his second Yoga Master, Swami Niranjan Ji and through him he learnt the wisdom of the Vedas. That time, he learnt about Jnana Yoga (knowledge) and this learning put some lights on for his path of self realization. Later, he joined Sri Satya Sai Baba’s ashram to learn the spiritual beauty and value of the Karma Yoga (charity work). With his experience here, his life has changed completely. During his stay in the ashram, he learnt that he needs to undergo a hearty surgery. This health problem made him to realize the importance of charity work, giving without expecting anything. In 2001, Vishnu Ji left his home for the last time with the decision of becoming a monk. This decision took him to the holy city Rishikesh. In Rishikesh, he studied and practiced yoga under his Guru Swami Veda’s motherly heart and became a master in Himalayan Yoga Tradition. In 2010, he founded his first yoga school which is World Peace Yoga School. Today, Vishnu Ji as devoting all his life for the sake of humanity and aiming to touch people’s lives through yoga, has a couple of different yoga schools both in Rishikesh, in India and abroad. 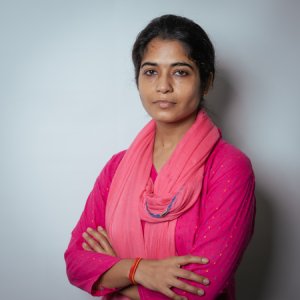 Neha was introduced to Yoga during her childhood while reading Srimad Bhagavad Gita. Since then she has been attracted towards the practice of Yoga, Pranayama and Meditation. After completing her graduation she decided to make her career in Yoga and resumed her professional education in the field of Yoga. Neha teaches yoga Asanas, alignment and yoga anatomy. She always look for the growth of her students,she motivates her students to go beyond their physical limits so that they can to experience a healthier approach towards life.Ph.D. in Yoga and science from Rajasthan, University.She has completed her M.A in Yoga and science from Uttarakhand University.She also has a PGDM in Yoga from Patanjali Yogpeeth, Haridwar. Worked with the central government of India to teach Yoga in rural villages of Rajasthan, India.Worked as a Yoga instructor for various institution during her studies. She has conducted yoga retreats and workshops in Austria and Germany. Neha is a highly qualified teacher and has plenty of accomplishments to her name in a pretty short span of time. 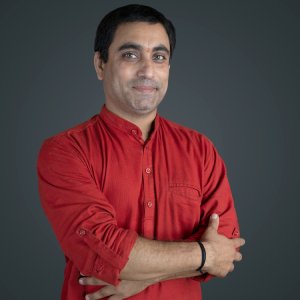 Yogi Sunil Bisht, has started learning the ethics and moral values under the Guidance of His father in very early age of 4-5. His father taught and make him practice the karma and bhakti yoga from his childhood. He has completed his masters from Garhwal University in English literature. Along side from the beginning he was a keen student of Yoga too. He has studied and practiced Yoga and Ayurveda from different teachers and masters.

He studied in Kriya Yoga Ashram and has been initiated in kriya yoga by the Swami Shankranda Giri ji. He studied at Yoga Vedanta Forest Academy in Sivananda ashram. Where he has studied Sivananda yoga and ancient texts like Bhagavad Gita and Patanjali Yoga sutra. He also studied in Kaivlyadham at Pune Maharashtra. Which is a well-known Yoga University around the world. Where he studied the scientific and spiritual approach of yoga and its practices.

Yogi Sunil is a master in teaching traditional hatha yoga, pranayama, mudras, bandhas, mantra and meditation, Yoga Nidra, yoga philosophy, Ayurveda, Yoga to balance tridoshas, food and nutrition, etc. He has about 15 years of long experience of teaching. Where he has taught students from different countries and different aspects of life.

Sunil ji is born and raised in Rishikesh India. He started learning Yoga at an early age. He studied in well-known Yoga institutions like Kriya Yoga, Sivananda Yoga and Kaivlyadhama. He has about 15 years experience of teaching Hatha Yoga, Pranayama, Meditation, Mantras, and Philosophy. He is appreciated between his students and the Yoga fraternity for his calm, kind and balanced attitude. 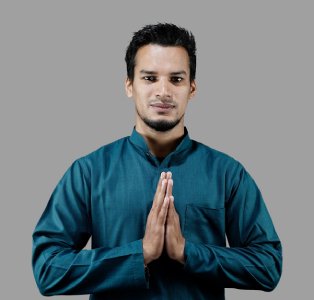 Mr. Naveen has been teaching Yoga Teacher Training since 2015. He had trained over 1000 teachers in India and abroad. Most of his work is in Yoga Capital Rishikesh, India. He has also taught yoga in China and Vietnam. Naveen holds a Master's in yogic science and is a certified Prenatal and postnatal yoga teacher trainer. he has also done 500 hours of yoga TTC from the yoga alliance U.S.A. Mr.Naveen currently works with one of India's leading Prenatal - Postnatal Yoga school in Rishikesh, India. 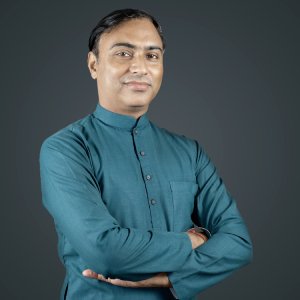 Yogi Praveen Rajput is a renowned name in the field of yoga. He has a successful journey as yoga tutor and has achieved several milestones in his journey. Yogi Praveen Rajput was born on the pious land of Rishikesh, and since childhood, he was fascinated by the goodness of yoga. Since a very young age, he developed a passion for yoga practice. Yogi Praveen has always shared his knowledge of yoga amongst his friends and family, which has made him a successful yoga tutor. Praveen has had an experience and training in various aspects of yoga such as Meditation and Philosophy, Relaxation, Swara Yoga, Pranayama. His years of experience have now made him an excellent tutor. He is known for being an incredible tutor, who specializes in training his students in Meditation and Philosophy, Relaxation, Swara Yoga, and Pranayama. Yoga Praveen has travelled to various places and has taught for four years across India. His approach and techniques are simple which are easy to be understood even by beginners. 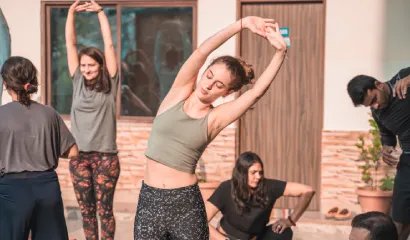 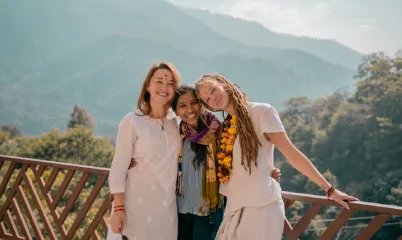 What Us Student Say About Us 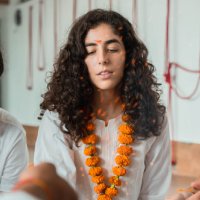 This was definitely one of the best experiences I ever had in my entire life. I did the 200 hour yoga teacher training course during the month of December. Living Yoga School is located on the top of a hill from which you can enjoy the view of beautiful mountains (perfect for meditation especially at sunrise/sunset). The entire staffs are so friendly, helpful and approachable. The teachers are simply amazing and so knowledgeable! I felt part of the family from the very beginning. I would sincerely recommend coming here not only for teacher training course but also to live an experience that will change your life! I cannot wait to join for the 300 hour yoga instructor coaching course! You guys are the best! See you soon! 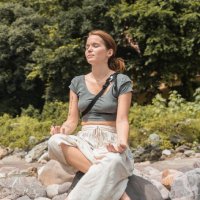 I did my 200 hour and 300 hour yoga teacher training course in Rishikesh at Living Yoga School. Very good experience during my stay. Rooms, accommodation, food and view from the top are excellent. Most experienced teachers in this school. It is the best place to become yoga instructor. If anyone wants to seek the knowledge of yoga, I recommend them to join Living Yoga School.

I choose Living Yoga School because it was because it was in Rishikesh the yoga capital of the world and it's quite a peaceful little town, none of the chaos and scary atmosphere that people warn me about in India. I was able to walk by myself on the streets and nothing ever happened, I always felt safe during my stay. 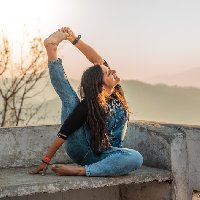 I choose the school was because of its complete schedule. Not only focused on yoga but also Pranayama, mediation, anatomy, mantra chanting and ayurveda. All these classes packed into 3 weeks of intense studying and yoga practicing which made me feel I got much more than what I paid for. If you are looking for a complete course this is the one I recommend. 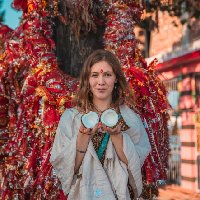 I recommend Living Yoga School for 200 hour holistic yoga course. My teachers were for the most part very dedicated and passionate, really caring about us as students. It was difficult to get up early every morning but because classes were so interesting and the teacher so passionate I got up early everyday because I didn't want to miss a thing. 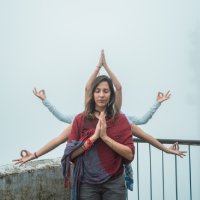 Trusted yoga teacher training center in Rishikesh. The school also arrange certain outdoor activities; they took us to Kunjapuri temple, a meditation cave and to witness ceremonies in the Ganga River. All truly beautiful and amazing experiences that I really enjoyed. 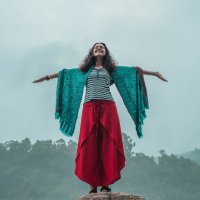 Living Yoga School is best School of Yoga in Rishikesh. It certainly changed my life and of course improved my yoga skills too, I now feel like I can do yoga poses I thought were impossible for me and I just stayed there one month! 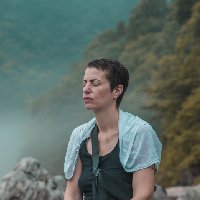 Best Yoga School in Rishikesh, Overall, I really enjoyed my stay in Living Yoga School it became my home away from home and I definitely want to someday come back to do 300 hours more. 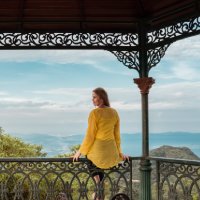 The 200h YTT Course with Living Yoga School has been much more then expected at all levels. I want to say a big THANK YOU to the whole team, thank you to Guruji for opening the whole world of the Himalayan tradition of Yoga to us, the fantastic philosophy classes and meditation teachings, the connection and support I could feel. Thank you so much to Devesh for being such a competent, supportive and motivating teacher, for sharing not only hatha yoga and alignment knowledge but also knowledge of life and for sharing with us what really means to be a good yoga teacher. I can´t wait to go to Rishikesh and learn with them in person. In this almost 2 months process I started to see clearer into myself and make some important changes in my everyday life, developing more awareness, focus, discipline and joy. I was at first sceptical about an online format, but since the beginning I was really impressed with the online live teaching, the communication, the way everyone was supportive and experienced as well as the quality of the recorded material: so much knowledge and everything so well explained. I could write much more about how inspiring the whole experience was and how much will positivly influence my practice and the understanding of myself. I recommend this School to everyone!